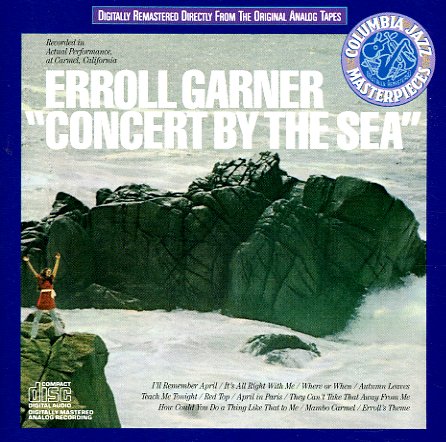 One of Erroll Garner's best-selling albums ever – a famous live date recorded in the mid 50s – and a record that's as important to his catalog as the classic Misty! Garner's playing before an apparently large audience, but the recording quality is still nice and clear – a strong focus on his amazing work on the keys of the piano – filled with rhythmic invention at every turn, in a way that can only be described as Garner-esque, and which still leaves us breathless after all these years. Despite the oft-heard power of the record, it's still a great one – worthy of discovery even if it wasn't a hit. Rhythm is by Eddie Calhoun on bass and Denzil Best on drums – on tracks that include "Teach Me Tonight", "I'll Remember April", "Autumn Leaves", "Red Top", "April In Paris", "They Can't Take That Away From Me", "Erroll's Theme", and "Where Or When".  © 1996-2022, Dusty Groove, Inc.
(Out of print Jazz Masterpiece pressing.)

Louis Armstrong Plays WC Handy (with bonus tracks)
Columbia, 1954. Used
CD...$4.99
Mid 50s, and Louis is going back to his roots – playing a set of compositions by WC Handy – working with a small combo that includes Barrett Deems on drums, Arvell Shaw on bass, Trummy Young on trombone, and Barney Bigard on clarinet. Vocals are by Louis and Velma Middleton – and ... CD

Native Dancer
Columbia, 1975. Used
CD...$4.99
A beautiful little album, very different than Wayne Shorter's other work, and sort of a "return of the favor" to the nation of Brazil for the country's rich musical influence on his music! Milton Nascimento sings vocals on most cuts, and if anything, the album resembles Nascimento's work ... CD

Birds Of Fire
Columbia, 1972. Used
CD...$2.99
A great second album from Mahavishnu Orchestra – one that has them still very might in the same tight formation as the first! As before, there's a heck of a lot of power here – monstrous work on drums from Billy Cobham, sharp-edged guitar from John McLaughlin, and a range of great ... CD