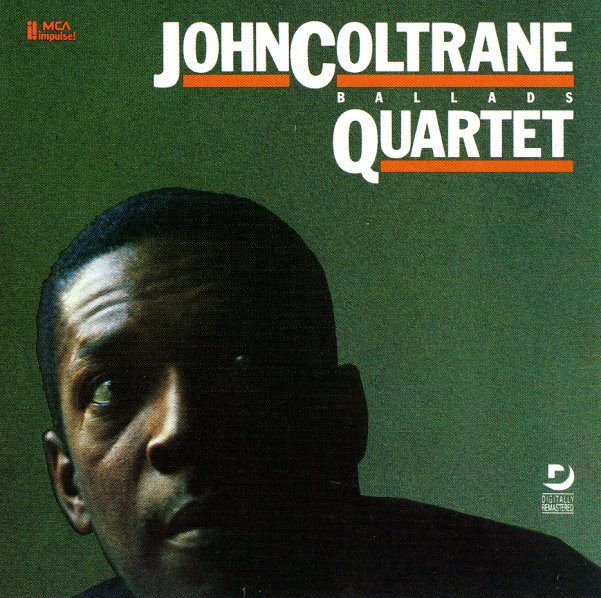 A perennial favorite in the John Coltrane catalog – a beautiful set of standards, handled in a warm laidback style – but which still has some of the depth of soul that John Coltrane brought to his more experimental work on Impulse Records! The album's a classic introduction to the music of Trane – and maybe is tied more closely to the spirit of some of his work on Atlantic Records, and makes a nice bridge between the two bodies of work – as the Great One takes on older jazz tunes, but really transforms them, thanks in part to the sublime work of Jimmy Garrison on bass, Elvin Jones on drums, and McCoy Tyner on piano. The album's completely solid all the way through – and although it won't change your life as much as A Love Supreme, it will show what a fantastically strong player Coltrane was, in any sort of setting! Titles include "I Wish I Knew", "What's New", "Nancy", "You Don't Know What Love Is", and "All Or Nothing At All".  © 1996-2021, Dusty Groove, Inc.
(Out of print original MCA pressing.)