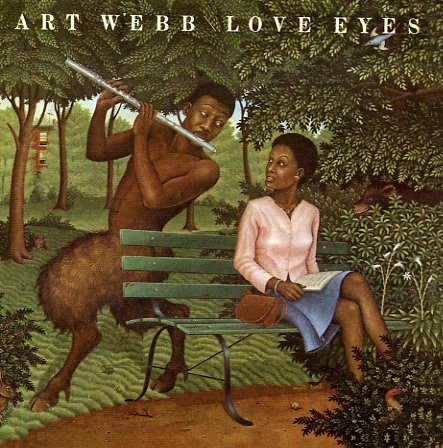 Sweet funky flute from Art Webb – an overlooked 70s jazz player who's probably best known for his Latin fusion work, but who really shines here in a more soul-based setting! This set shows Art working strongly in a mode that references that part of his career, yet also has him stepping into more of the mainstream of funky jazz, too – working with the rhythm section of John Lee and Gerry Brown, plus guitarists Reggie Lucas and Hiram Bullock, and keyboardists Mike Mandel and Hubert Eaves – both of whom make the record sparkle with a soulful fusion sound that's totally great! Arrangements are by Mike Gibbs and John Lee, and overall the album's got a very solid soulful sound. Titles include "Flute Magic", "Can't Hide Love", "Pyramids", "Love Eyes", "Free", and "Glass Dreams".  © 1996-2022, Dusty Groove, Inc.