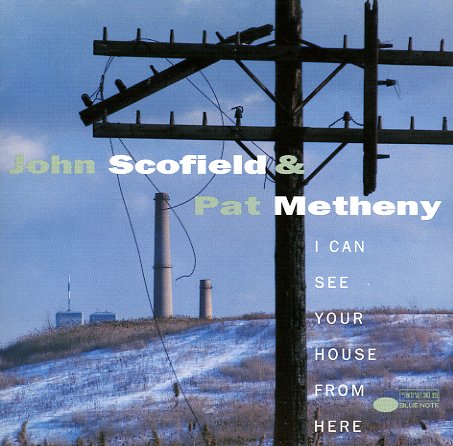 I Can See Your House From Here

A tremendous pairing of guitarists – both musicians who first helped change the sound of the instrument in jazz during the 70s, and who somehow come together here at a level that not only brings out the best in both, but also seems to evolve the music too! Scofield and Metheny are masters of color and tone – and together they create these amazing lines together – really the best that both of them had to offer, and maybe a bit more – as both musicians use electric and acoustic, and are given superb accompaniment by Bill Stewart on drums and Steve Swallow on acoustic and electric bass. Titles include "Message To My Friend", "No Way Jose", "I Can See Your House From Here", "The Red One", "One Way To Be", "You Speak My Language", and "SCO".  © 1996-2022, Dusty Groove, Inc.
(Out of print.)

Lift Every Voice (with bonus tracks)
Blue Note (Japan), 1970. Used
CD...$19.99 (CD...$11.99)
A rare and beautiful Andrew Hill session, and one of the classic Blue Note entries into the "jazz and voices" sound that the label pioneered with Donald Byrd and Eddie Gale. Hill leads a core jazz group that includes Woody Shaw on trumpet, Carlos Garnett on tenor, Richard Davis on bass, ... CD