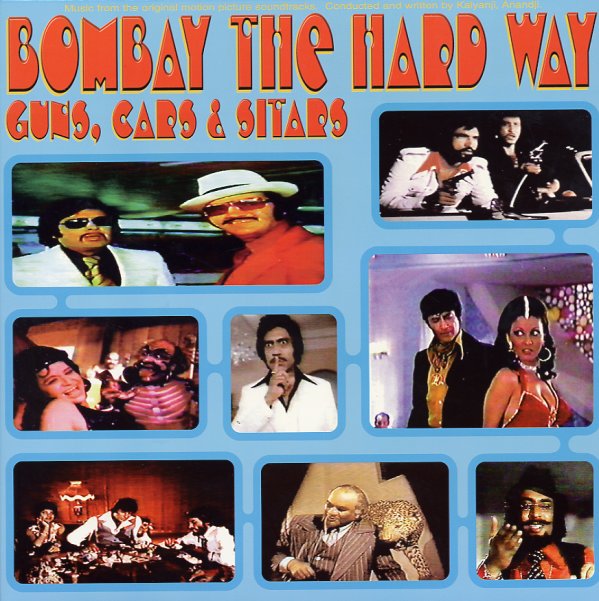 Nice one – a nice batch of funky sountrack material, culled from classic Indian "brownsploitation" action films from the 1970s – and the music's every bit as wild and funky as you'd imagine. The bottom groove is classic 70's funk, as you might hear in an American action film from the time, but then there's also some fantastic elements of Indian music thrown in – like funky sitar, extra percussion, and cool synthesizers. Plus, some of the tracks have additional production work by The Automator, and extra beats by DJ Shadow, to extend the funkiness of the originals. The whole thing's very lavishly packaged, with great graphics, and a nice book that has lots of images from the films. Some of the titles (which were added recently, since this is incidental music) are a bit weak – like "Punjabis, Pimps, & Players", "Fear Of A Brown Planet", "Fists Of Curry", and "The Good, The Bad, & The Chutney" – but believe us, the music is stone cold funky, and very very nice! Some good breaks, and lots of groovy funky sounds that you'd never hear on this side of the Pacific.  © 1996-2021, Dusty Groove, Inc.
(Out of print. Digipack has light wear.)