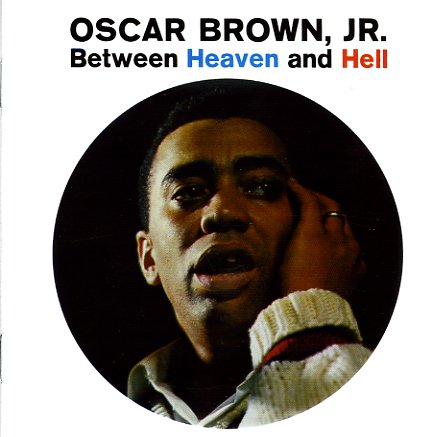 Great early work from Oscar Brown Jr – a hip mix of jazz and soul, working in Brown's unique sense of showmanship, and his almost beat-like flair with a lyric! Ralph Burns and Quincy Jones handled the arrangements – and the album's filled with great original tracks by Brown, including "Mr. Kicks", "Opportunity, Please Knock", Love is Like a New Born Child", "Elegy (Plain Black Boy)", "Hazel's Hips", and many more! Nice jazzy groove, and very much in the best style of Oscar's 60s work!  © 1996-2022, Dusty Groove, Inc.
(70s pressing.)

Sin & Soul
Columbia, 1960. Very Good
LP...$6.99 (CD...$5.99)
Trend-setting vocal work from Oscar Brown Jr – one of the hippest singers of his generation, and a vocalist who really took things to the next level in the 60s! Brown's got a sound that's partially influenced by the vocalese of Eddie Jefferson, Jon Hendricks, and other singers of the 50s ... LP, Vinyl record album