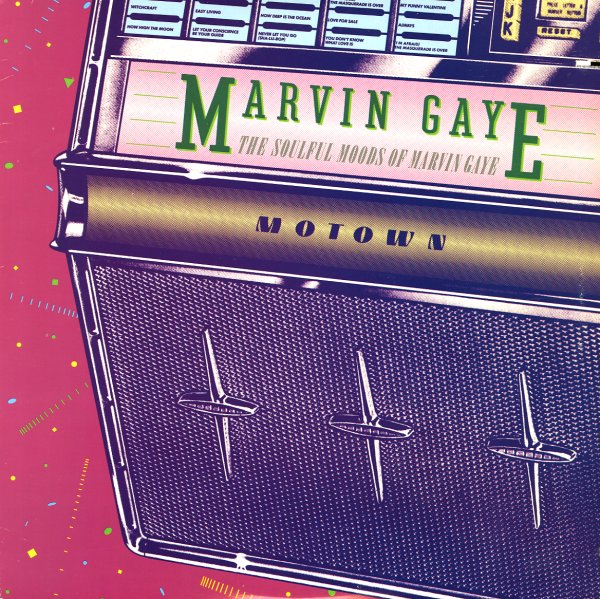 Amazing early work from Marvin Gaye – a set that's more jazz than soul, with a really unique sort of sound! Marvin's vocals are sublime, but in a completely different way than on his later hits – almost a bit broken at times, next to some very broken-down piano lines used in the album's spare instrumentation – an off-tune keyboard that makes for a very heartfelt feel to the record, one that's more indie charm than Motown polish! Gaye's got a hint of Nat Cole at times, Sam Cooke at others – although without the poise of either – and although we'd love the record on its own, it's even more amazing as a key starting point for one of the most soulful evolutions of the 60s. Titles include "How High The Moon", "Love For Sale", "Always", "Easy Living", "Witchcraft", "You Don't Know What Love Is", and "Never Let You Go".  © 1996-2022, Dusty Groove, Inc.
(Late 70s pressing on Natural Resources. Cover has a cutout notch and lightly bent corners.)