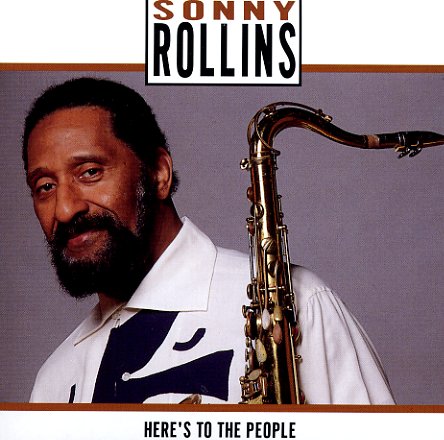 Here's To The People

Original Album Classics (Sonny Meets Hawk/Our Man In Jazz/What's New/Now's The Time/Standard Sonny Rollins) (5CD set)
Columbia, 1962/1963/1964. Used 5 CDs
CD...$14.99
3 years' of music spread out on 5 different CDs – some of the best albums recorded by Sonny Rollins in the 60s! The package is a great look at the key sides that Sonny recorded for RCA in the years right after his return to playing in the early 60s – and every record here is a treasure ... CD

Fly With The Wind (Keepnews collection – with bonus tracks)
Milestone, 1976. Used
CD...$4.99
Don't be put off by the late date of the session, because this is an excellent album from McCoy Tyner – and one with a very spiritual groove that's clearly inherited from Coltrane! The album's based around longer compositions arranged by Tyner, and orchestrated by the great William S Fischer ... CD