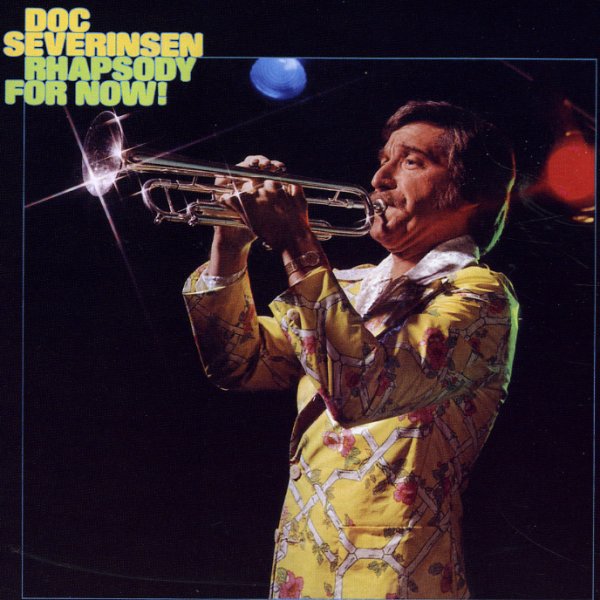 Kind of a cool concept album for Doc Severinsen – one that has him blowing amidst some larger suites arranged by Oliver Nelson, Harry Betts, and Tommy Newsom – each with a slightly different feel! The set starts out with the hip "Rhapsody For Now" – comprised of some cool 70s tunes like "Live & Let Die", "Soul Makossa", "Shambala", and "Touch Me In The Morning" – done up in hip big band arrangements by Nelson that are totally great. The same groove follows in the shorter "Pictures", arranged by Lenny Stack – which is a sweet funky number! "Rhapsody For Then" is next – but the "then" is really just the late 60s – as Severinson blows trumpet over big band versions of "California Dreamin", "Look Of Love", "A Song For You", and "Sweet Caroline". The set ends with straighter jazz on "I Remember Louis" – a suite of tunes associated with Louis Armstrong, but still given a pretty 70s twist in the arrangements.  © 1996-2021, Dusty Groove, Inc.

Night Journey
Epic, 1976. Very Good
LP...$4.99
Man, if Doc Severinsen was this funky on TV back in the 70s, we might have watched the Johnny Carson Show a little bit more! The album's more of a smooth funky fusion album than Doc's usual big band sets – and he's got some good help from Fred Crane, who handles all the arrangements and ... LP, Vinyl record album

Different Drummer
RCA, 1971. Near Mint-
LP...$7.99
A 70s gem from Buddy Rich – a session that's cut with some really tightly arranged backings, but done in a way that actually has Buddy kicking the kit even more than usual! Some of the best tunes on the set have a really wicked sense of funk – one that uses a bit more space than in ... LP, Vinyl record album

Drum Suite
RCA, 1956. Very Good
LP...$2.99
Hard-swinging big band material – with a heavy emphasis on drums! The album is a suite of six tracks – all written by either Manny Albam or Ernie Wilkins, both of whom arrange the groups on the set – really letting them open up nicely on the album's longish tracks. Manny and ... LP, Vinyl record album