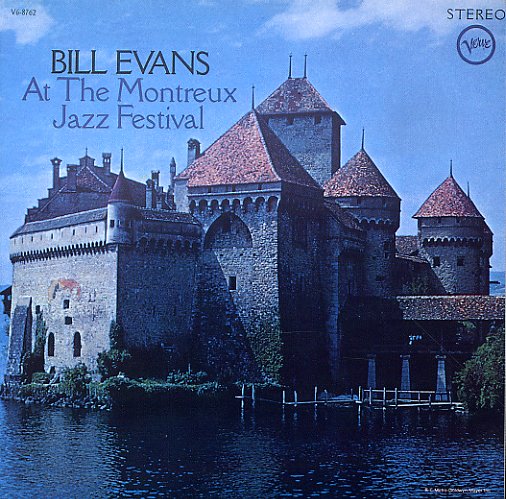 Also available
Bill Evans — Bill Evans At The Montreux Jazz Festival (180 gram pressing) ... LP 23.99
Bill Evans' first famous appearance at the Montreux Jazz Festival – a great 60s trio session, with Eddie Gomez on bass and Jack DeJohnette on drums! The tunes are mostly relatively familiar ones, but the ensemble on the set gives them a freer and more lyrical feel than you might expect – especially with DeJohnette on drums, who is a somewhat more powerful choice than some of Bill's other drummers of the 60s. Eddie Gomez is great, as always – with that round bass sound that we totally love – and titles include "Nardis", "Sleepin Bee", "Embraceable You", "Someday My Prince Will Come", "Mother Of Earl", "One For Helen", and "Walkin Up".  © 1996-2022, Dusty Groove, Inc.
(Verve master edition in tri-fold digipack sleeve with a cutout mark through the barcode.)

Paris Concert – Edition One (Blue Note pressing)
Elektra/Blue Note, 1979. Used
CD...$2.99
Sublime late live work from Bill Evans – a well-recorded performance for French radio, and one that really stands out from some of the scratchier late 70s concerts on the market! Bill's working here with a sound as sensitive and picturesque as the cover image – never pushing things too ... CD