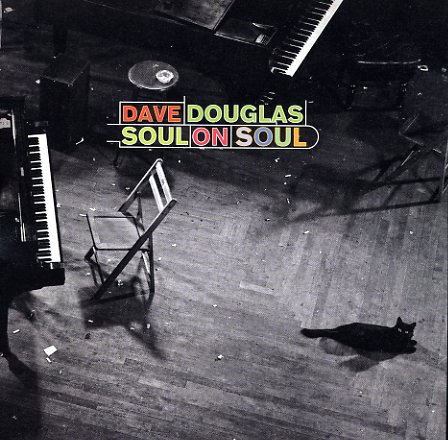 Secular Psalms
Greenleaf, 2022. Used
CD...$9.99
A really beautiful project from trumpeter Dave Douglas – an artist who lately seems as if he's even better than usual when he's got a special idea behind a record! That's definitely the case here – as Douglas works with inspiration from a medieval mural in Ghent – used for both ... CD

Brazen Heart
Greenleaf, 2015. Used
CD...$8.99
A wonderful title for this killer from trumpeter Dave Douglas – as the record's one of the boldest, most on-target sets he's had in years – a record that takes us back to his roots, as Douglas works with a quintet of well-chosen younger players. The lineup features Jon Irabgon on tenor ... CD

Toshiko Akiyoshi-Lew Tabackin Big Band
RCA/Novus, Mid 70s. Used
CD...$6.99
A great introduction to one of the hippest big bands of the 70s – a duo who did for the jazz ensemble mode in their decade what Kenny Clarke and Francy Boland did in the 60s! Tracks include "Studio J", "Quadrille, Anyone", "Kogun", "First Night", and ... CD

Ellingtonia Moods & Blues
RCA, 1960. Used
CD...$8.99
One of the best small-group sessions recorded by Paul Gonsalves – a session with a clear Ellington orientation, as you'd expect from a lineup that includes Johnny Hodges, Jimmy Jones, Ray Nance, and Oliver Jackson. Tracks have a much more relaxed and open-ended feeling than some of Duke's ... CD