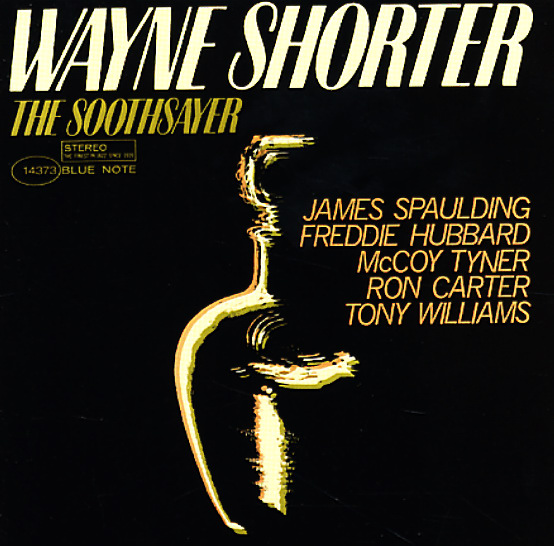 A great Wayne Shorter session from the mid 60s – recorded then, but not issued until 1979, for some incredibly unexplained reason – especially given the strength of the set! The group is distinctly modern, and features Freddie Hubbard on trumpet, James Spaulding on alto, and McCoy Tyner on piano – all of who were committed to heavily pushing the boundaries of their playing at the time. Added to the mix is the youthful Tony Williams on drums, fresh from work with Miles Davis, and playing with an incredibly free hand on the kit – plus the great Ron Carter on bass. The resulting mix of tracks is a beautiful example of how these mid-60s Blue Note sessions could keep firmly in touch with modern developments in jazz, yet never lapse into the kind of sloppiness that could sometimes ruin sets like these on other labels – always with a keen sense of timing and rhythm, and a sharpness that made Blue Note's "new" newer-sounding than most. Titles include "Lost", "Angola", "The Big Push", and an amazing jazz take on Sibelius' "Valse Triste"!  © 1996-2021, Dusty Groove, Inc.
(Out of print.)

Ju Ju (non-RVG edition)
Blue Note, 1964. Used
CD...$8.99
Genius, pure genius! Like all of Wayne Shorter's Blue Note sessions from the mid 60s, this album's a beautiful blend of hard bop ideas with a modern spiritual soulful consciousness – as important in its own way as Coltrane's work of the time – an incredible precursor for sounds from ... CD