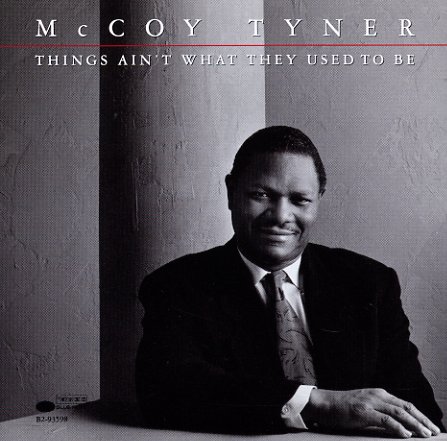 Things Ain't What They Used To Be (with bonus tracks)

A nice later set – with a fair bit of solo material, but also a few duets each with John Scofield on guitar and George Adams on tenor! Includes the bonus tracks "Lush Life", "Sweet and Lovely", and "Song For My Lady".  © 1996-2022, Dusty Groove, Inc.
(Out of print, small cutout notch through spine.)

Inception
Impulse, 1962. Used
CD...$8.99 (CD...$9.99)
A very early date as a leader by McCoy Tyner – cut at a time when he was making big waves in the John Coltrane Quartet, but also sounding plenty darn great on his own! The group here's a trio – with Coltrane associates Art Davis on bass and Elvin Jones on drums – and the warm ... CD