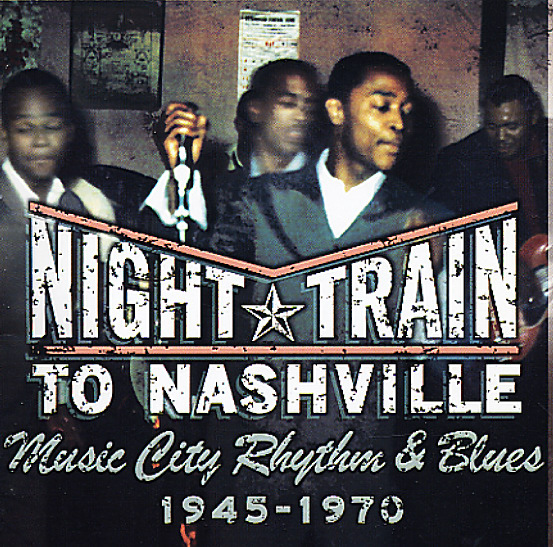 A pretty amazing batch of soul, R&B, and funk from the Nashville scene – from an astonishing range of years, too! Of course the memorabilia industry that is "Music City USA" is dominated by country music and pop, and this long, long, LONG overdue collection of singles from 1945-1970 demonstrates how much more was going on in East Tennessee beyond Chet Atkins and the Opry! The tunes range from jump blues & soul of the late 40s and 50s, and on through the harmony soul of the 60s and the pre-funk late 60s. 38 tracks on two CDs: "Nashville Jumps" by Cecil Gant, "Just Walkin' In The Rain" by The Prisonaires, "Baby Let's Play House" by Arthur Gunter, "Christene" by Little Hank Crawford, "You Can Make It If You Try" by Gene Allison, "Somebody, Somewhere" by Larry Birdsong, "Monkey Doin' Woman" by Shy Guy Douglas, "What'd I Say" by Etta James, "Snap Your Fingers" by Joe Henderson, "I Want To" by Joe Tex, "The Chokin'" Kind" by Joe Simon, "Rediscover Me" by Johnny Adams and tons more!  © 1996-2020, Dusty Groove, Inc.
(Out of print.)