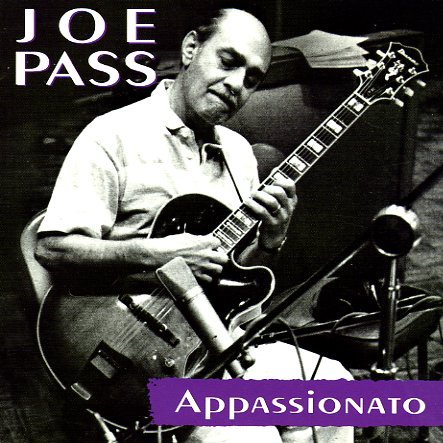 Features Joe Pass on acoustic and electric guitar, John Pisano on acoustic guitar, Jim Hughart on bass and Colin Bailey on drums.  © 1996-2021, Dusty Groove, Inc.
(Spine has a cutout notch, back cover of booklet has a small date in pen.)

Count Basie Meets Oscar Peterson – The Timekeepers (XRCD pressing)
Pablo/JVC, 1978. Used
CD...$22.99
Twin pianos, recorded in a very easy-going setting – just the kind of record that will help you discover a whole new side of Count Basie, and fall in love with the work of Oscar Peterson all over again! We really dig these more laidback sides from the Pablo label in the 70s – and ... CD

Concepts In Blue
Pablo, 1981. Used
CD...$6.99
A slightly larger group, which gives Johnson a chance to show off his arranging skills – but a set that also leaves plenty of room for solos too! Features JJ Johnson on trombone, Clark Terry on trumpet, Ernie Watts on tenor and alto, and Pete Jolly and Billy Childs on keyboards! CD