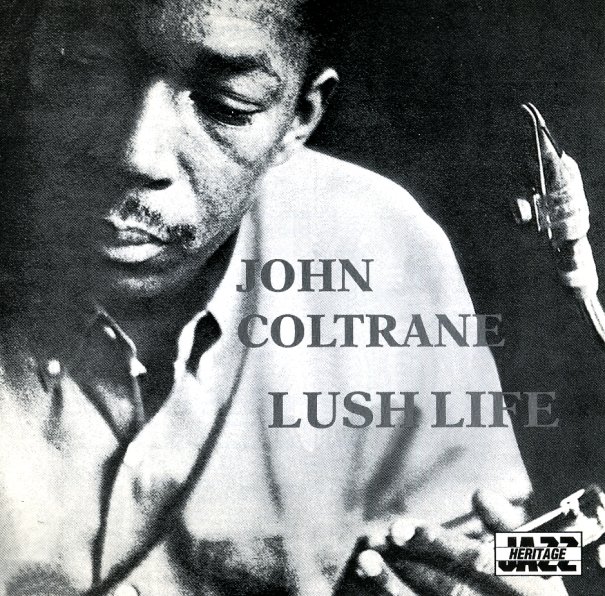 A beautiful little album from the young John Coltrane, and one that hides its strong sense of depth behind a familiar jazz standard used as a title! In some way, the record is almost experimental for the time – as side one features the tenor of Coltrane alongside just the bass of Earl May and drums of Art Taylor – a saxophone trio setting that Sonny Rollins would used in a more progressive mode, but which here allows Coltrane to demonstrate his unique tenor phrasing on ballads, but in ways that are even set more free than his earlier material with Miles Davis. Side two adds in the piano of Red Garland, alongside bass from Paul Chambers, and drums from either Albert Heath or Louis Hayes – and the trumpet of Donald Byrd joins in on one track too. Trio tracks include "I Love You" and "Like Someone In Love", as well as the original "Trane's Slow Blues" – and Byrd plays on "Lush Life", and steps out on "I Hear A Rhapsody".  © 1996-2022, Dusty Groove, Inc.

Traneing In (20 bit remaster)
Prestige, 1957. Used
CD...$8.99
A beautiful album that more than lives up to its evocative title – an early session from John Coltrane, filled with long tracks that slide along brilliantly! As with many other classic Prestige albums from Trane, backing is by the trio of Red Garland piano, Paul Chambers bass, and Art Taylor ... CD

Honeydripper (RVG remaster edition)
Prestige, 1961. Used
CD...$8.99
One of the records that put a young Brother Jack McDuff on the map – and a perfect example of the rougher R&B roots that first emerged in his early work on the Hammond! The session's got a much more down-n-dirty feel than some of McDuff's tighter 60s quartet work – and offers a ... CD