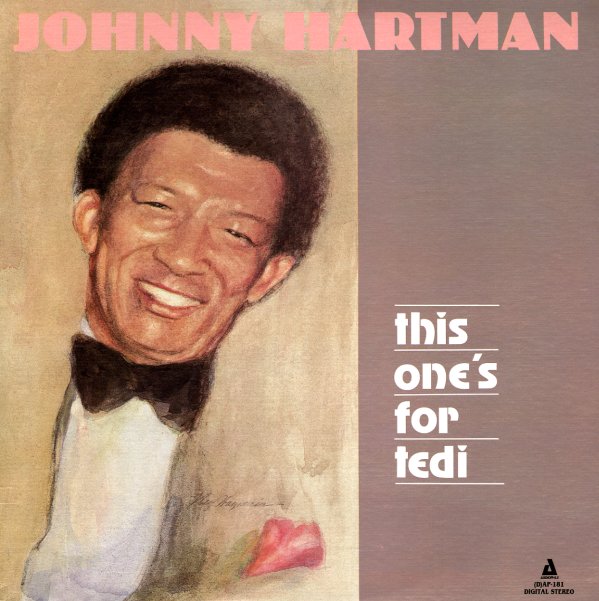 This One's For Tedi

One of the last albums that Johnny Hartman recorded in his all-too-short career – and a relatively laidback session that really shows his talents with a ballad! All tunes here have that magnificent Hartman vocal approach firmly in place – that deep-toned, mellifluous style that really set Johnny apart from his contemporaries – and the backing is small combo, with piano and arrangements from Tony Monte, and nice use of guitar from Lorne Lofsky. Most tunes are familiar ones, but the Hartman touch transforms them nicely – and titles include "Miss Otis Regrets", "Send In The Clowns", "That's All", "More I Cannot Wish You", "Then I'll Be Tired Of You", "The Ballad Of The Sad Young Men", and "It Could Happen To You".  © 1996-2021, Dusty Groove, Inc.
(Cover has an index label with clear tape on the spine.)