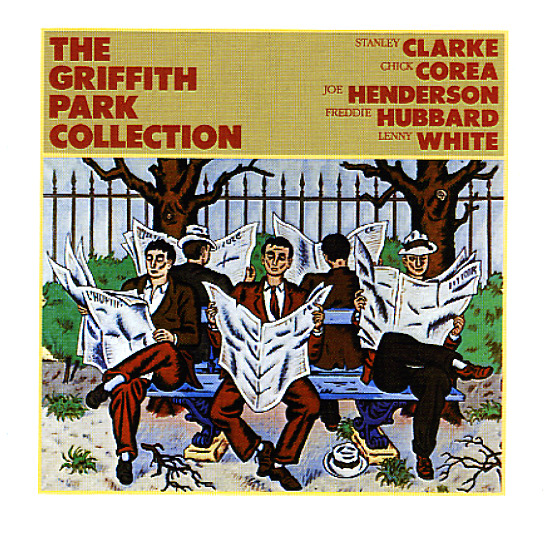 A seminal set in the rebirth of straight jazz in the early 80s – a wonderful record with a much warmer, more traditional feel than you'd expect from some of the players involved! Bassist Stanley Clarke and pianist Chick Corea really return to their roots here – Stanley with some of the bold acoustic tones of his earliest soul jazz years, Chick with those modern-yet-soulful piano lines he first brought to magical recordings of the 60s – including the Sweet Rain session with Stan Getz. Freddie Hubbard's also in the group – blowing wonderfully with that reborn sound of his early 80s years, still some of the best work he ever did – and the group also features Joe Henderson on tenor, always a treat, and Lenny White on drums, really keeping things focused. The set's a gem through and through – and titles include "L's Bop", "Happy Times", "Remember", "Guernica", "October Ballade", and "Why Wait".  © 1996-2020, Dusty Groove, Inc.
(Cover has light wear.)