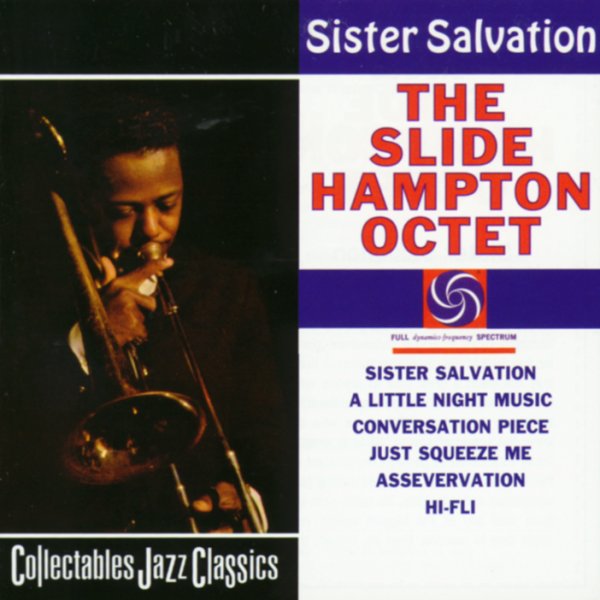 One of Slide Hampton's first albums – and a massively hard-wailing set that will make any doubters sit up and take notice! The set really packs a punch – as Slide leads a hip group that features Freddie Hubbard, Richard Williams, Bernard McKinney, and George Coleman through some tightly woven arrangements that manage to swing with the grace of small combo work, yet wail with the intensity of a big band. Great solos pop out all over the set – and there's a soul jazz groove that makes the album sound like a classic Prestige session. Titles include "Asseveration", "Hi Fly", "Sister Salvation", and "A Little Night Music".  © 1996-2020, Dusty Groove, Inc.
(60s green and blue label pressing, with deep groove – a nice copy!)