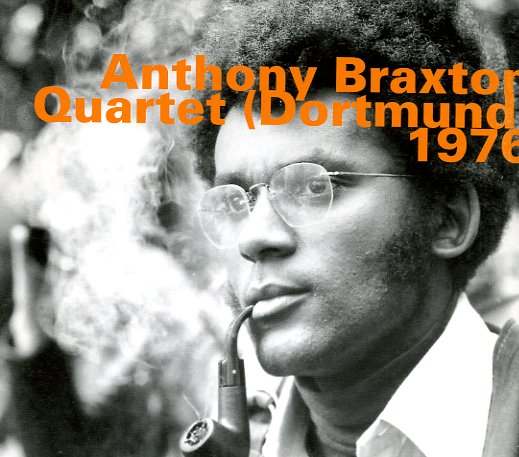 A brilliant performance from one of Anthony Braxton's coolest groups – a very striking quartet that features George Lewis on trombone, Dave Holland on bass, and Barry Altschul on drums and percussion! There's a special sort of energy that really seems to flow from the players – maybe it's the combination of the trombone of Lewis and the bass of Holland, whose deeper tones bring out a bottom you don't always get in Braxton albums – which then lets the leader really take off in amazing patterns on a variety of reeds that include alto, sopranino, contrabass sax, bass clarinet, and E flat clarinet – used in modes that are explosively imaginative throughout! Altschul's got just the right vibe, too – almost a stop/start approach that seems like he's setting little fires one minute, then swinging straight at other times. Titles include "Composition 40 F", "Composition 40 B", "Composition 6 C", "Composition 23 J", and "Composition 40 (O)".  © 1996-2021, Dusty Groove, Inc.
(Out of print.)

Bookends
Hat Hut (Switzerland), 2003. Used 2 CDs
CD...$18.99
Duets between Dave Liebman on soprano and tenor saxophone and Marc Copland on piano – in the studio and again in a live setting. CD