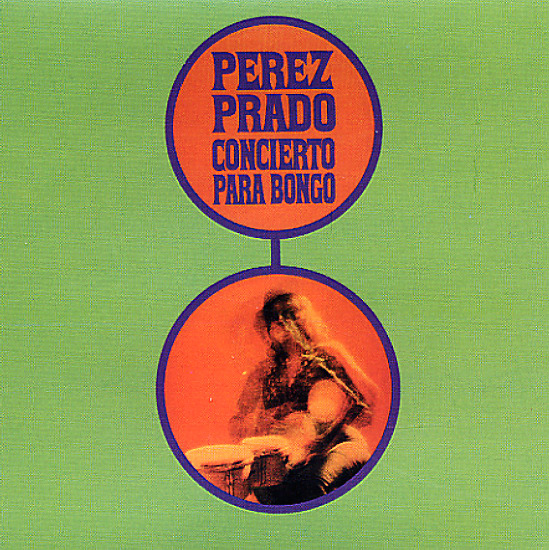 A wonderfully wild set from the great Perez Prado – and a set with some very cool rockish elements in the mix! The album's got some twangy guitar and mod organ lines – but also has that sort of romping rhythm approach you'd expect from Prado's earlier records – really recast here in a cool 60s groove! Perez shouts out with his "ugh!" exclamation on some numbers – urging on the tight, playful instrumentation even further – and in a way, the whole thing's got a feel that's almost like the garagey Latin vibe of the shing-a-ling generation. The one exception to this is the great extended title cut – "Concierta Para Bongo" – which has a rich, exotic feel that's completely sublime – and other titles include "A Go Go", "Mamma A Go Go", "Estoy Acabando", "Claudia", and "Fantasia".  © 1996-2020, Dusty Groove, Inc.
(UA Latino pressing. Cover has some wear and aging.)