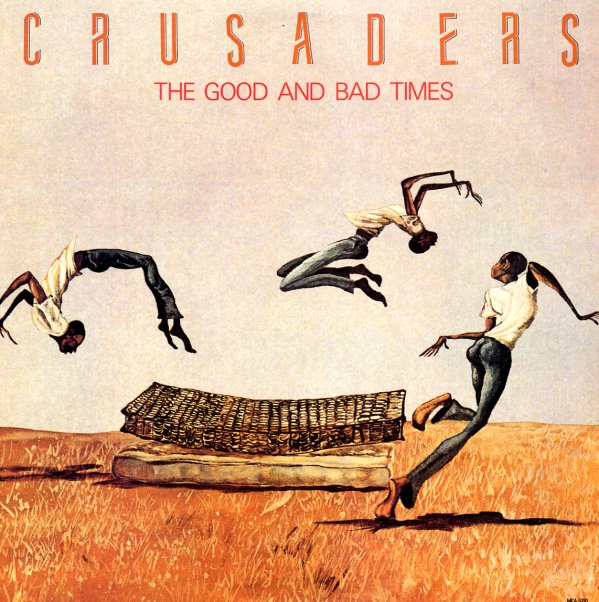 Titles include "Good Times", "The Way It Goes", "Sweet Dreams", "Mischevious Ways", "Three Wishes", and "Sometimes You Can Take It Or Leave It". Nancy Wilson guests on vocals on one track.  © 1996-2023, Dusty Groove, Inc.
(Cover has a promo stamp, hype sticker, and a split spine held by clear tape.)

Images
Blue Thumb, 1978. Sealed
LP...$4.99
Hard to miss with The Crusaders at this point – and the album's one of their stone classics from the 70s – just the kind of soulful fusion that few other groups could touch! The core trio of Joe Sample's keyboards, Wilton Felder's saxes, and Stix Hooper's drums is augmented by the ... LP, Vinyl record album

Crusaders At Their Best
Motown, 1973. Very Good+
LP...$3.99
A really mixed bag of grooves from the Crusaders – but still an album that's quite tasty if you dig their work on the Chisa label! The record appears to be a greatest hits collection – with the "best" in the title – but it's more a summation of the styles they'd been ... LP, Vinyl record album

Unsung Heroes
Blue Thumb/Chisa, 1973. Near Mint-
LP...$9.99
Very nice heavy funk material, recorded by The Crusaders right at the pivotal time when they were moving from straigher soul jazz to a nice electric 70s groove! The record features some excellent original compositions by the band – like "Crossfire", "Unsung Heroes", " ... LP, Vinyl record album

Crusaders 1
Chisa/Blue Thumb, 1971. Very Good 2LP Gatefold
LP...$2.99
Sweet funky Crusaders – one of the first records the group made after dropping the "Jazz" from their name, and a soulful electric set through and through! The group still have that tightly-crafted soul jazz sound that made their late 60s recordings so great – but they're also ... LP, Vinyl record album

Best Of The Crusaders
Blue Thumb/ABC, Early 70s. Near Mint- 2LP Gatefold
LP...$7.99
Fantastic funky jazz from the Crusaders! The set includes some of their best cuts from their years at Blue Thumb – when they were slicking things up a bit, but still staying pretty true to their soul jazz roots. There's a lot of nice electric funky numbers, and more than a few hip hop ... LP, Vinyl record album

Chain Reaction
Blue Thumb, 1975. Very Good Gatefold
LP...$6.99
On this one, the Crusaders definitely crossed from jazz into funk – but who cares, because the album's so darn great! The record's got a tight LA groove, with some excellent electric keyboards, sweet sax solos, and tight drumming throughout. True proof that sometimes a lot of money can be ... LP, Vinyl record album

Guitar Player – An Album of Contemporary Styles By Modern Masters
MCA, 1977. Near Mint- 2LP Gatefold
LP...$6.99
A collection of tunes by jazz guitarists – put together by Guitar Player magazine, and featuring rare tunes by a variety of different players. Our standout favorite is Lee Ritenour's version of "Valdez In The Country" – the great Donny Hathaway funk instrumental, handled here ... LP, Vinyl record album