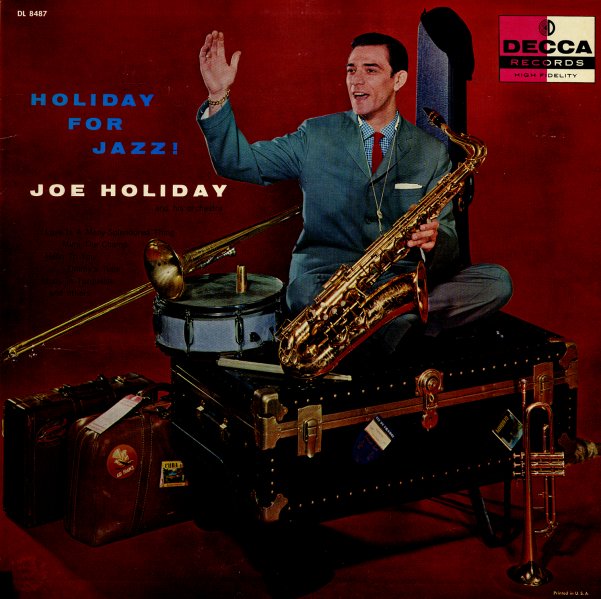 One of the rare few albums cut by 50s tenor star Joe Holiday – and a gem of a session that has him fronting a larger group, blowing lean well-cut solos on a number of very hip original tunes! The group's a large one, but the sound's still quite tight and swinging – a great follow-up to Joe's previous recordings on Prestige, showing an even more mature side of his talents. Holiday's got a great tone here – slightly echoey in its own right, and almost with some of the presence of bolder tenor players in the R&B world – yet still all jazz all the way through. Other players on the sessions include Thad Jones, Blue Mitchell, and Art Farmer on trumpets; Eddie Bert on trombone; Cecil Payne on baritone sax; and Duke Jordan on piano – and some of the arrangements are by Hal Mitchell. Titles are all originals by Joe – and include "Mimi The Champ", "Hello To You", "Opening Night", "Timmy's Tune", "Cousin Nino", "Skeetie", and "Tiny Mite".  © 1996-2022, Dusty Groove, Inc.
(Black label pressing with deep groove. Cover has a lightly bent corner, a few small seam splits and a small peel spot. Includes the Decca inner bag!)