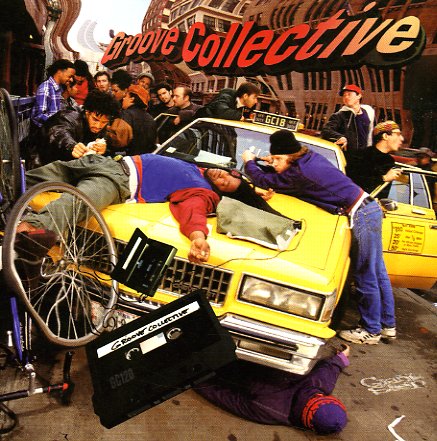 The group's first, with production courtesy the great Gary Katz, who's put a fine touch on many Steely Dan LPs. While we were a bit dismissive of this effort at the time, it's kind of become a bit of a watershed in retrospect, the high water mark for the American Acid Jazz scene, if a bit commercial, and definitely a nice portrait of the mid 90s NYC scene, with loads of great players from all over the spectrum. Titles include "El Gollpe Avisa", "Buddah Head", "Nerd", "Balimka", "Rentstrike", and "Saturday Afternoon".  © 1996-2021, Dusty Groove, Inc.
(Out of print, promotional stamp o nbooklet cover.)

Raw Fusion – Inside Scandinavia
Raw Fusion (Denmark), 2003. Used
CD...$4.99
A fantastic compilation of jazzy and soulful grooves from Scandinavia – one that features lots of previously unissued tracks! The package was put together by the Raw Fusion team from Stockholm, but it does a good job of pulling together bits from all over the Scandinavian scene – with ... CD