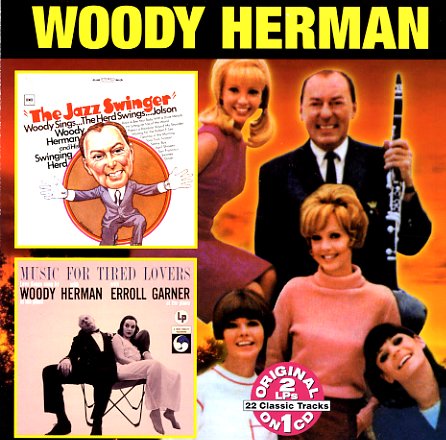 Explosive Piano Of Herman Foster/Have You Heard
Epic/Collectables, 1960/1961. Used
CD...$8.99
2 rare albums by pianist Herman Foster – best known to most for his excellent work with Lou Donaldson in the early 60s! Here, Herman's working in trio format with Earl May on bass and either Grassella Oliphant or Frankie Dunlap on drums – grooving in a mode that's got touches of other ... CD

Lost In Sound
Collectables, 1961. Used
CD...$12.99
A nicely done reissue of Yusef Lateef's one and only album for the Charlie Parker label – cut during a period when he's been making real waves in the jazz scene with work on Prestige and Savoy! The set's a bit more straight ahead than some of Lateef's more exotic sides of the time – ... CD

Baroque Sketches/The Time & The Place
Columbia/Collectables, Mid 60s. Used
CD...$8.99
2 of Art's rare Columbia sides on one CD – both of them unique and wonderful in their own way! Baroque Sketches shows the wider reaching side of Art Farmer, and features him soloing over large arrangements of material that have a distinct "baroque" approach. The settings are ... CD

Bamba-Samba Bossa Nova
Everest/Collectables, 1959. Used
CD...$6.99
A rare bit of early bossa jazz from the US – an obscure 1959 session by Charlie Byrd, and one that predates most of his more famous work on Riverside, Columbia, and Verve! The session's a bit different than most of Charlie's lighter bossa recordings – in that it features his acoustic ... CD