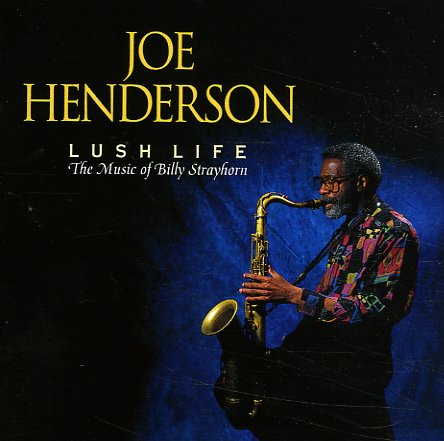 Amazing sounds from Joe Henderson's later years – a completely sublime take on the music of Billy Strayhorn, and a wonderful demonstration of Henderson's mature talents on the tenor! There's a fantastic balance here between darkness and light, grit and clarity, heard in Joe's very first notes on the set – and holding on strong through some of the bolder moments in the set – with work by a shifting lineup, from solo to quintet, that features Wynton Marsalis on trumpet, Stephen Scott on piano, Christian McBride on bass, and Gregory Hutchinson on drums. Yet although Marsalis might be a draw for some folks, we really love it best when Henderson gets to do his own thing – stretching out in these marvelous laidback solos that are heavy on those rich tones he developed in his early years, yet turned towards Strayhorn's brilliant ear for space between the sounds. Titles include "Blood Count", "Isfahan", "Rain Check", "Lotus Blossom", "A Flower Is A Lovesome Thing", and "Upper Manhattan Medical Group".  © 1996-2022, Dusty Groove, Inc.
(Out of print, BMG music club pressing.)