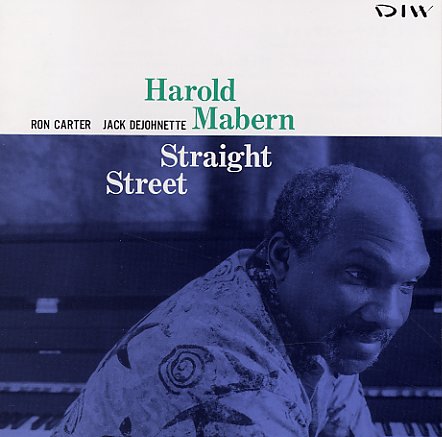 A straight street, but a great street – as Harold Mabern returns to full force in this lovely set of trio tracks! The set's one of the best of any of Mabern's early 90s sessions for DIW Records – a very strong outing with Ron Carter on bass, Jack DeJohnette on drums – served up with a no-nonsense approach to the music that has Harold spinning off lyrical lines at his soulful best. The recording quality brings out some nice round tones in Mabern's piano – and titles include "Seminole", "To Wane", "Mr Stitt", "Straight Street", "It's You Or No One", and "Crescent".  © 1996-2020, Dusty Groove, Inc.
(Out of print, barcode has a cutout hole.)

Evening With Herbie Hancock & Chick Corea In Concert
Columbia, 1978. Used 2 CD's
CD...$8.99
One of Herbie Hancock's great acoustic moments of the 70s – quite a contrast to his more dynamic electric work of the time, with the subtle, sensitive approach of some of his Japanese trio sessions! Likewise, Chick Corea reminds us that he's great on the acoustic keys too – and works ... CD