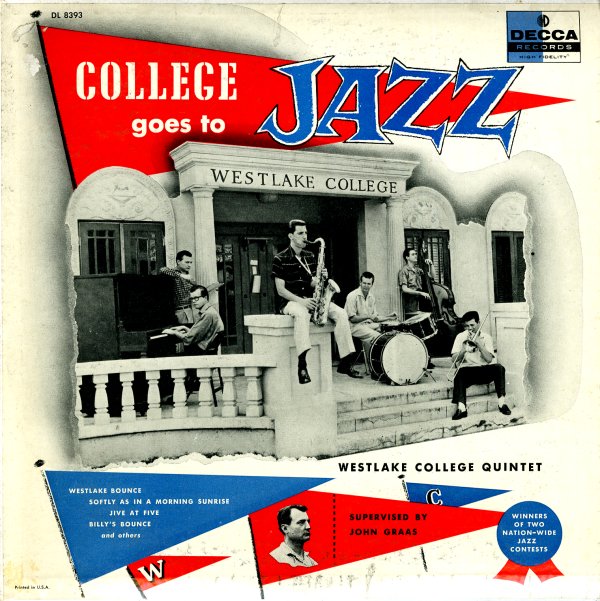 A hipper group than you'd expect – especially since they're all college kids! John Graas found these guys playing at Westlake College, and he rightly thought they had a sound that was well worth recording for Decca – not surprising, since these guys have a similar chamber modern groove to some of Graas' own work for the label. The ensemble features tenor, trombone, bass, drums, and piano, the last of which is played by Dick Grove, probably the only player in the group who went onto become a more famous name. The titles include a lot of Graas originals – including "Ghost Talk", "Westlake Bounce", "Theme", "Mood", and "La Paz".  © 1996-2020, Dusty Groove, Inc.
(Cover has some wear.)