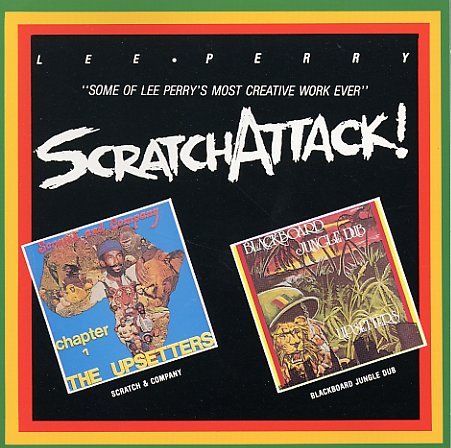 A pretty great Lee Scratch Perry CD two-fer, featuring the complete Chapter One and Blackboard Jungle Dub LPs. Both albums feature Scratch at his dizzyingly dubby, early 70s Upsetters best – and it's probably as good a point as any to acquaint yourself with the dub maestro. Tracks include "Scratch The Dub Organizer", "Who You Gonna Run To", "A Serious Joke", "Little Flute Chant", "When Jah Come", "Curley Dub", "Dub From Africa", "Dreamland Dub", "Bush Weed Corn Trash", "Moving Forward", and more. 22 tracks in all!  © 1996-2021, Dusty Groove, Inc.
(Out of print original pressing.)