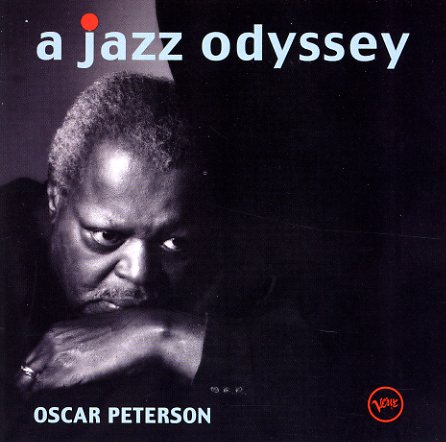 A collection of classic work from Oscar Peterson's legendary years on Verve Records – with work from Dizzy Gillespie and Clark Terry on trumpets, Sonny Stitt on alto, Stan Getz and Lester Young on tenors, Herb Ellis and Barney Kessel on guitar, and even a bit of vocals from Billie Holiday and Ella Fitzgerald. 18 tracks in all – and done in conjuction with the book of the same title.  © 1996-2022, Dusty Groove, Inc.
(Out of print.)

Oscar Peterson Plays The Jerome Kern Songbook
Verve, 1959. Used
CD...$4.99
A late songbook entry for Oscar Peterson, and a great one too – a record that really has Peterson setting fire to a host of classic Jerome Kern compositions, in his legendary trio with Ray Brown on bass and Ed Thigpen on drums! Thigpen's unique rhythmic conception brings a lot to the record ... CD