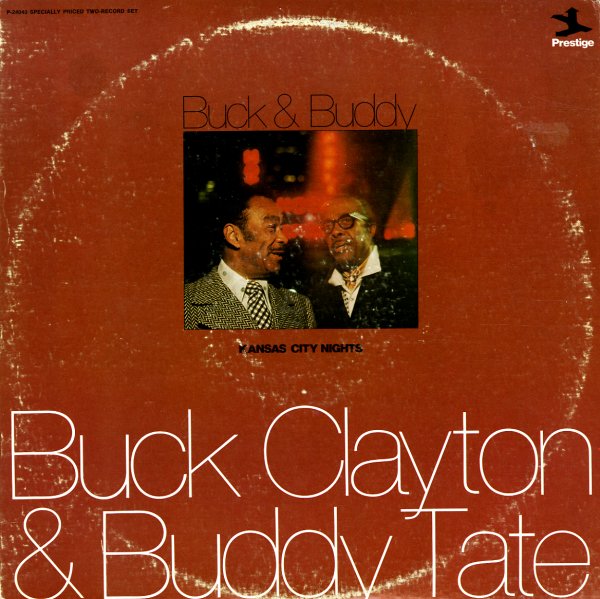 A 2-fer set from the 70s – with 2 great older albums from Buck & Buddy! First up is the self-titled Buck & Buddy – beautiful blowing from Buck Clayton and Buddy Tate – captured here in the relaxed, easy-going setting of the Swingville label! The album's got a lot more charm than some of Clayton's sides for Columbia – a bit more mellow, with the kind of after hours feel that lets players like these show their strongest suits on their instruments. Clayton plays trumpet, Tate tenor – and rhythm is from the trio of Sir Charles Thompson on piano, Gene Ramey on bass, and Mousie Alexander on drums. Titles include "High Life", "Birdland Betty", "Can't We Be Friends", and "Kansas City Nights". Next Is Buck & Buddy Blow The Blues – a romping little session from Buck Clayton and Buddy Tate – served up in a looser, more relaxed setting than the former's albums for Columbia, and a slightly more swing-based mode than the latter's dates for Chess! Both horn players get plenty of room to solo in the open-ended Swingville mode – Buck on trumpet and Buddy on both tenor and clarinet – and the group's a nice one too, since Sir Charles Thompson's playing piano, Gene Ramey's on bass, and Gus Johnson's on drums. Titles include "Blue Creek", "Blue Breeze", "Blue Ebony", "Rompin At Red Bank", and "Dallas Delight".  © 1996-2023, Dusty Groove, Inc.
(Cover has ringwaer, edge wear, and splitting in the top seams.)