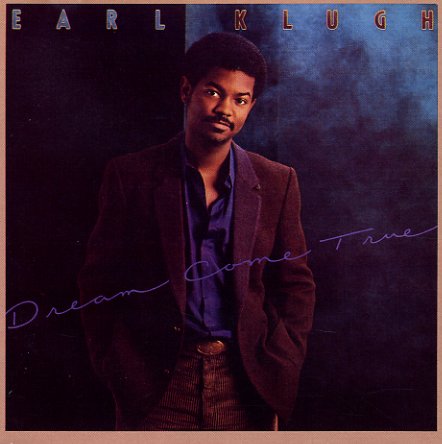 Warm guitar magic from Earl Klugh – exactly the kind of record that helped cement his fame at the start of the 80s – making Klugh one of the leading guitarists of his time! The style's often a bit mellow, but never in a sleepy way – just a great extension of the mode that Earl first displayed on his debut – a way of doing more with less – leaving more than enough space between the notes to keep things soulful, and offering a nice contrast to some of the too-jamming fusion artists of his generation. There's often some sweet keyboards nestled in with the guitar – and Dave Matthews handled all the arrangements, so you can bet there's a tight, soulful feel to the whole record! Titles include "Spellbound", "Doc", "Amazon", "I Don't Want To Leave You Alone Anymore", and "Message To Michael".  © 1996-2021, Dusty Groove, Inc.
(Out of print.)

Finger Paintings (original master recording)
Blue Note/Mobile Fidelity, 1977. Used
CD...$28.99
A real breakout album for Earl Klugh – the kind of record that got him on the a-list of fusion players for the rest of the 70s! The title here is especially well-chosen – as the tunes have a gently colorful feel that's never too slick, despite the tighter setting of the album – ... CD

Heart String
Blue Note, 1978. Used
CD...$6.99
Earl Klugh's definitely got his heart on his strings here – working in this warm, mellow mode that's mighty nice – set to gentle orchestrations by Dave Matthews, which work perfect for Klugh's groove! There's nothing too over the top here, and Earl mixes acoustic and electric in a ... CD