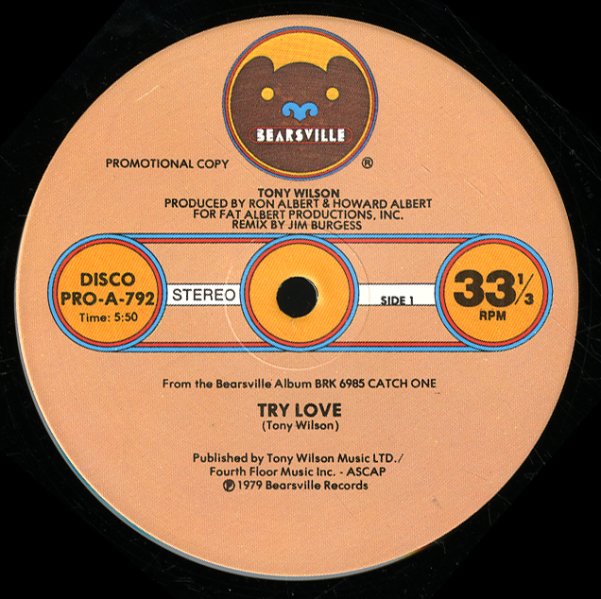 (Promo in the printed Bearsville sleeve. Sleeve and labels have some marker.)