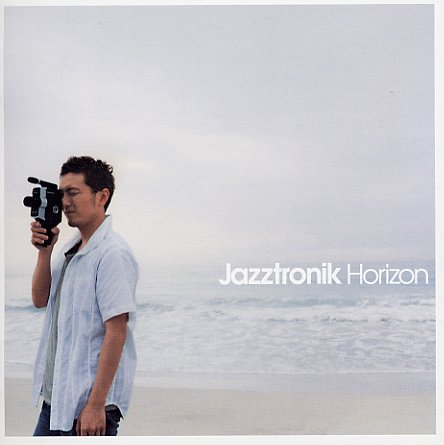 Do these guys ever get tired of making great records? We think not – and this sweet little 8 track set is more than proof of that fact! The album's a slice of Jazztronik's mellower side – the warmer, jazzier, more Brazilian-styled tunes that have always set them apart from most other modern Japanese groups. There's a lot of great piano lines on the set – starting things out mellow, and building with a nice blend of acoustic and electric instrumentation to feed the fire of groovers like "Rita", "Estar Com Voce", "Dance With Me", and the mellower "Horizon".  © 1996-2021, Dusty Groove, Inc.
(Out of print, includes obi.)