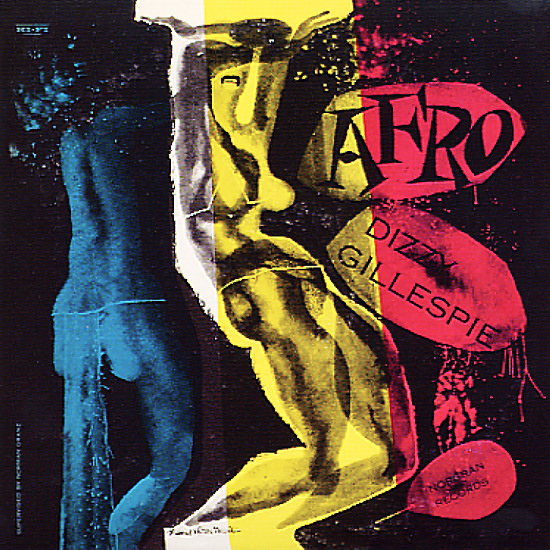 One of Dizzy Gillespie's finest Afro-Cuban moments! The material on this album has been issued under a few different titles over the years, but this is the early Afro package – the one that features a beautiful David Stone Martin cover, and a title that really gets at the Latin influences in the material. The centerpiece of the record is a side-long workout on the "Manteca" theme, played by Diz and a group that includes Lucky Thompson, Wade Legge, Charlie Persip, and Jose Mangual – all grooving hard in a sound that virtually defines the term of cubop! The other tracks on the album are great too – versions of "Caravan", "Con Alma", and "Night In Tunisia" – all done in a Latin jazz mode, with some nice flute solos by Gilberto Valdes. And if that's not enough, the reissue features a tiny 5" record sleeve cover – just like the original!  © 1996-2022, Dusty Groove, Inc.
(Out of print.)

Bill Evans At Town Hall Volume One
Verve, 1966. Used
CD...$4.99
An open-ended live date from Bill Evans – recorded at the auspicious venue of Town Hall, but recorded with a warmth that matches Evans' smaller club sessions of the 60s! The sound here is possibly a bit more focused and direct than some of the moodier, mellower Evans live records – ... CD

Hawkins Alive At The Village Gate (with bonus tracks)
Verve (Japan), 1962. Used
CD...$12.99
Long, lean, and later work by Coleman Hawkins – recorded in a beautifully stripped-down and free setting at the Village Gate! The tracks are all pushing the 10 minute mark – and feature Hawk soloing in that open, exploratory way he was using during the time – a mix of older ... CD

Side By Side
Verve, 1959. Used
CD...$9.99
A great little session that builds on the strength of Johnny Hodges' small group 50s sessions for Verve – and which lets Duke Ellington in on some of the action! The format is nicely stripped-down throughout – featuring Hodges in sextet and septet formation with players who include Ben ... CD