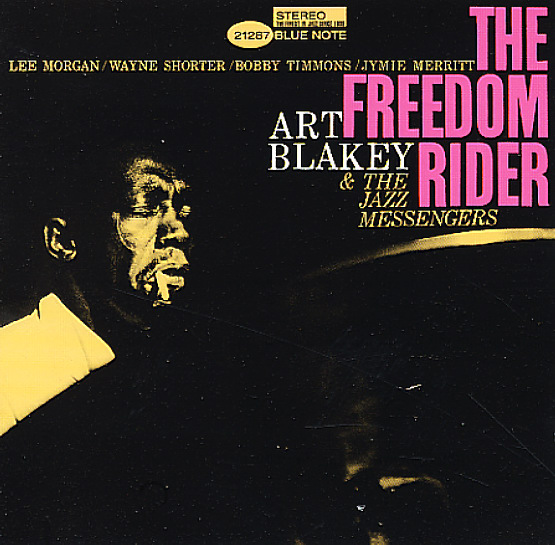 A bold statement of power from one of the most legendary versions of the Jazz Messengers – that incredible quintet that featured Lee Morgan on trumpet, Wayne Shorter on tenor, and Bobby Timmons on piano! The title's an indication of the righteous territory in which the group is working – a nod to the civil rights era, and the sense of empowerment that all the musicians are feeling in both their solos, and their writing – which you'll hear in the album's two compositions each by Morgan and Shorter. Tracks are nice and long, and have the players stretching out beautifully – on titles that include "The Freedom Rider", "El Toro", "Petty Larceny", "Blue Lace", and "Tell It Like It Is". CD reissue has the added bonus of including 3 extra tracks that were previously only issued on a rare Japanese album – including "Pisces" and "Blue Ching".  © 1996-2022, Dusty Groove, Inc.
(Out of print.)

Big Mama's Biscuits
Blue Note (UK), 1998. Used
CD...$4.99
Tremendous blowing from tenorman Sherman Irby – an alto player who can swing soulfully one minute, then hit these great modern lines the next – a wonderful blend that comes through beautifully in this sweet session for Blue Note! The album's got a title that makes you think it might be ... CD

Takin' Off (non RVG edition – with bonus tracks)
Blue Note, 1962. Used
CD...$4.99
Herbie Hancock is certainly Takin Off at this point in his career – stepping into the limelight with an excellent batch of soul jazz tunes, including the first recording of his classic "Watermelon Man", the one track that probably put all his kids through school! Although that one ... CD