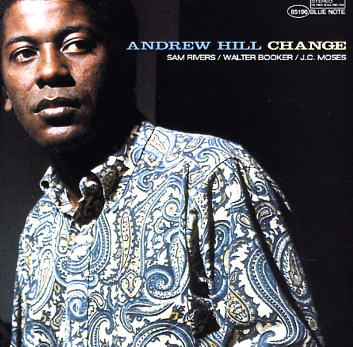 A long-unavailable album from Andrew Hill – a quartet date that's filled with jagged edges and bold fragments of sound! The material was recorded in the 60s, but not issued at the time – and only appeared briefly in the mid 70s as part of a Sam Rivers 2LP set titled Involution. There's a really strong new thing vibe going on here – at a level that matches the brilliance of Hill's Smokestack album, but which is perhaps even better, given Rivers' sharp lines on tenor! As with many of the best Blue Note sets in this mode, the bass and drums almost get equal space with the main solo instruments – so that the percussion of JC Moses and bass of Walter Booker often hang out in space, shaping the sound of the record on their own, as all players contribute equally to the structure of the songs. Hill wrote all the numbers on the set, and titles include "Violence", "Pain", "Illusion", "Hope", "Lust", and "Desire". CD also features 2 alternate takes of "Violence" and "Desire".  © 1996-2021, Dusty Groove, Inc.
(Out of print.)

Black Fire
Blue Note, 1963. Used
CD...$12.99
Insanely wonderful music from Andrew Hill – a lean, stripped-down session that has Hill working at his firey best – in a space that's somewhere between the "new thing" recordings of Jackie McLean, and the brooding brilliance of Andrew's later Smokestack session! The group ... CD

Smokestack
Blue Note, Mid 60s. Used
CD...$12.99 (LP...$199.99)
A fantastic session by this groundbreaking modernist – essentially a piano trio album, but recorded with two bass players – Richard Davis and Eddie Kahn – one of whom plays rhythm, the other who solos along with Hill – which makes for a really amazing sound – ... CD