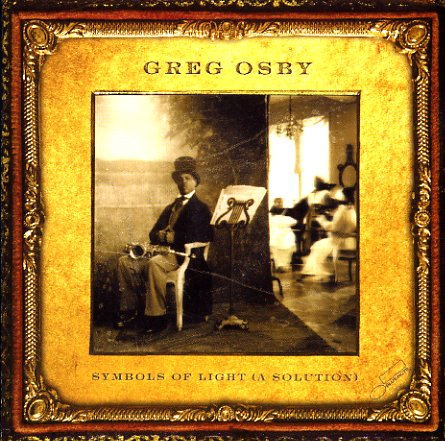 Symbols Of Light – A Solution

Osby expanding his sound as ever – adding in a string quartet to a jazz recording performed on alto and soprano sax, in a quartet with Jason Moran on piano, Scott Colley on bass, and Marlon Browden on drums and percussion. The quartet are used in various interesting ways in kind of a post Kronos sort of groove – taking up a lot of the rhythm parts as well as filling in the tracks with washes of sound and color, but never dominating the jazz group that is at the core. Titles include "Northbound", "One Room", "Repay In Kind", "3 For Civility", "The Keep", "M", and "Golden Sunset".  © 1996-2021, Dusty Groove, Inc.
(Out of print. Barcode has a mark.)