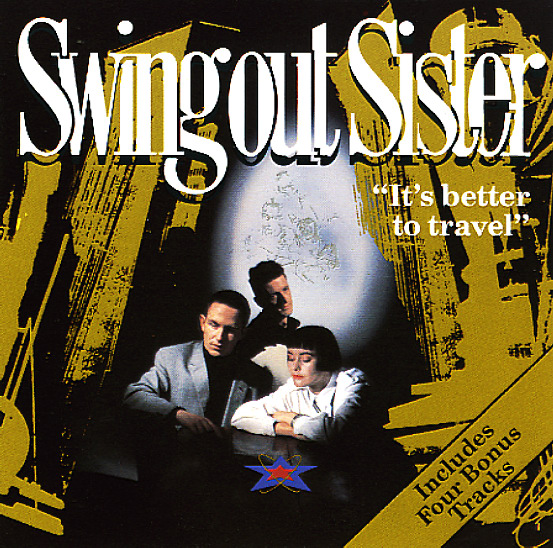 It's Better To Travel

A surprisingly great guilty pleasure from the 80s – the first album from Swing Out Sister, recorded when all the excitement of the UK post punk scene had just about faded, and most of the groups had left their exciting early roots behind. Enter these guys, picking up the last shreds of jazzy bossa from the generation that included ACR and Weekend – slicking things up a bit with a dose of inspiration from Sade, and coming up with some great tunes like the hit single "Breakout". Other tunes include "Twilight World", "Blue Mood", "After Hours", "Fooled By A Smile", and "It's Not Enough".  © 1996-2021, Dusty Groove, Inc.
(Out of print.)

Best Of Love Unlimited
Mercury, 1970s. Used
CD...$6.99
A double-length collection of work from Love Unlimited – the lovely trio of ladies whose work was such a big part of the Barry White universe in the 70s! All tracks here feature the girls in the same territory as Barry from the time – with backings from the fuller Love Unlimited ... CD

Loveshine
Mercury (Japan), 1978. Used
CD...$14.99 (CD...$9.99)
Funky genius from Con Funk Shun – working here under the production helm of Skip Scarborough, who seems to give them an even sharper edge than usual! The album's filled with those tightly compressed rhythms that Skip was so great in producing back in the 70s – grooves that seem to make ... CD

Loveshine
Mercury/PTG (Netherlands), 1978. Used
CD...$9.99 (CD...$14.99)
Funky genius from Con Funk Shun – working here under the production helm of Skip Scarborough, who seems to give them an even sharper edge than usual! The album's filled with those tightly compressed rhythms that Skip was so great in producing back in the 70s – grooves that seem to make ... CD