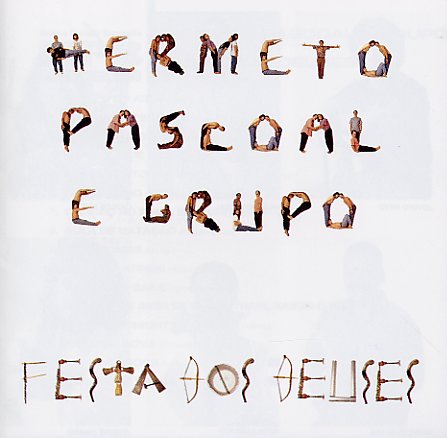 A later album by Brazilian genius Hermeto Pascoal – but a set that crackles with all the fire and imagination of his classic recordings! The mood here takes us back to Slaves Mass or A Musica Livre – a mad mix of catchy rhythms, tight jazzy solos, and an insane approach to arrangement – that fast-moving genius that we've never heard from anyone this well, but which Hermeto has used to touch countless later generations of musicians! The grooves are wonderful – very freewheeling, but focused – and there's some soaring reed solos that really give the album a great sense of personality – as angular rhythms burst into the frenzy, and move the music to the heavens. There's a bit of vocalizing on the record – but always at a level that's on par with the instrumentation – and titles include "Tres Coisas", "Fazenda Nova", "O Galo Do Airan", "Pensamento Positivo", and "Chapeu De Baeta".  © 1996-2022, Dusty Groove, Inc.
(Includes the insert. Cover has light wear.)