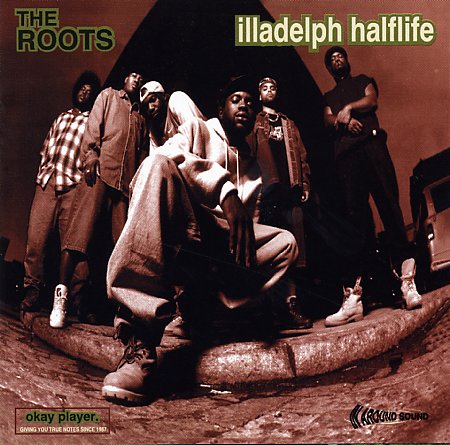 The second major label set from The Roots, and what many consider their first and definitely not their last) irrefutable classic! We could make the case for the debut Do You Want More? as a bonafide classic, too, but this is certainly the tone certainly the one that cemented their status and one of the greatest live-tested hip hop bands. Given how strong and far reaching The Roots pedigree would become over the years, this one's all the more amazing to revisit – and it's fresh and distinctive to this day. 20 tracks including intro & outro, with "Respond/React", "Clones", "No Alibi", "No Great Pretender" "Universe At War" (featuring Common while he was still Common Sense), "What They Do", "Ital (The Universal Side)", Concerto Of The Desparado", "The Adventures In Wonderland" and more.  © 1996-2021, Dusty Groove, Inc.
(Out of print. BMG club pressing.)