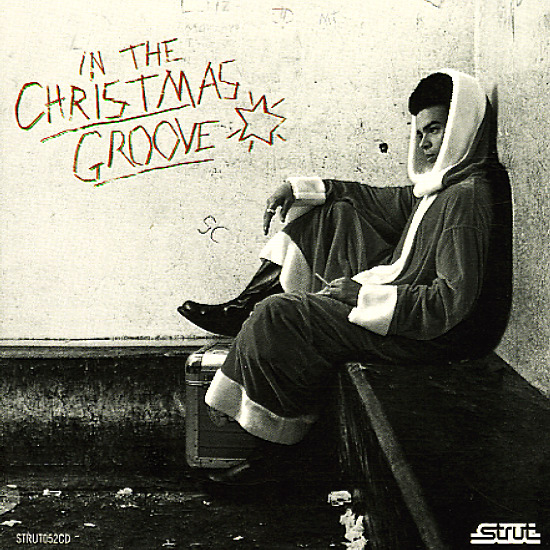 In The Christmas Groove

One of the coolest Christmas compilations you could ever hope to own – but you probably guessed that already, from the cover image that pays tribute to a classic set from James Brown! The JB image is certainly well placed – as most of the tracks here are deeply funky Holiday tunes – the kind of gritty seasonal ditties that were only ever issued as funky 45s back in the day – and most really only on a local level, too! Strut's really outdone themselves with this excellent collection – as it features a fair bit of Christmas rarities we've never heard before, but which are totally wonderful – all-new tunes, not common Christmas cover versions – played and performed with a hell of a soulful feel throughout. Knock that ol' Bing Crosby record off the turntable, and give this one plenty of spins this December – and dammit, the music's so great, you may well find yourself playing the collection well into the New Year too! Titles include "Boogaloo Santa Claus" by JD McDonald, "Angel's Christmas" by Wild Honey, "Black Christmas" by Harlem Children's Chorus, "Getting Down For Xmas" by Milly & Silly, "Soul Santa" by Funk Machine, "Funky Funky Christmas" by Electric Jungle, "Christmas Present Blues" by Jimmy Reed, "Santa's Got A Bag Of Soul" by Soul Saints Orchestra, "Christmas Morning (Sean Bonniwell edit)" by Zebra, "Let's Get It Together This Christmas" by Harvey Averne, "Auld Lang Syne" by Black On White Affair, and "The New Year" by Jimmy Jules & The Nuclear Soul System.  © 1996-2021, Dusty Groove, Inc.