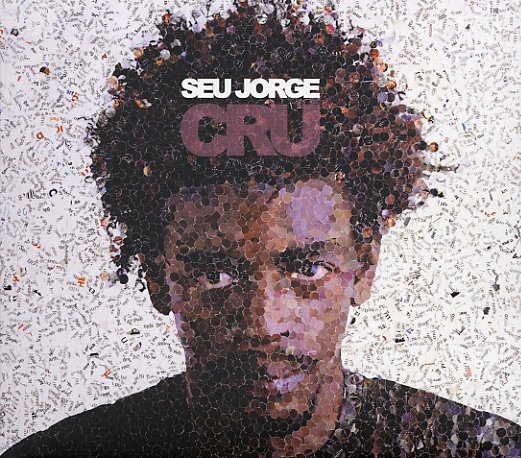 The sound of global soul in the 21st Century – and an amazing set from the soon-to-be legendary Seu Jorge! Jorge's possibly best known for his appearances in films over the past few years – like The Life Aquatic or City Of God – but take it from us, he's one of the greatest living artists working in modern music – and has a sound, sense, and charm that will knock down barriers and boundaries all over the world! Unlike previous efforts, this album's incredibly spare – done in a style that often just features Jorge's vocals next to acoustic guitar, percussion, cavaquinho, and a bit of light keys. But that doesn't mean that the record's a sleeper – because it's got an incredibly full sound – an energy and excitement that pulses from the very first note, and which is carried off almost entirely by Seu Jorge himself! Even on the sparer, mellower tunes, the vocals have a power that's simply tremendous – transcendent of language, and reaching out in this really magical way. Titles include the sublime groover "Tive Razao", plus "Chatterton", "Mania De Peitao", "So Gonca", "Bem Querer", "Bola De Meia", and "Fiore De La Citta". Plus, the US pressing has 2 bonus remixes – "Mania De Peitao (jamais plus jamais mix)" and "Tive Razao (voltair mix)" – both quite nice, and not "dance" at all, but really just extrapolations of the original tunes!  © 1996-2022, Dusty Groove, Inc.
(Spine has a cutout notch.)