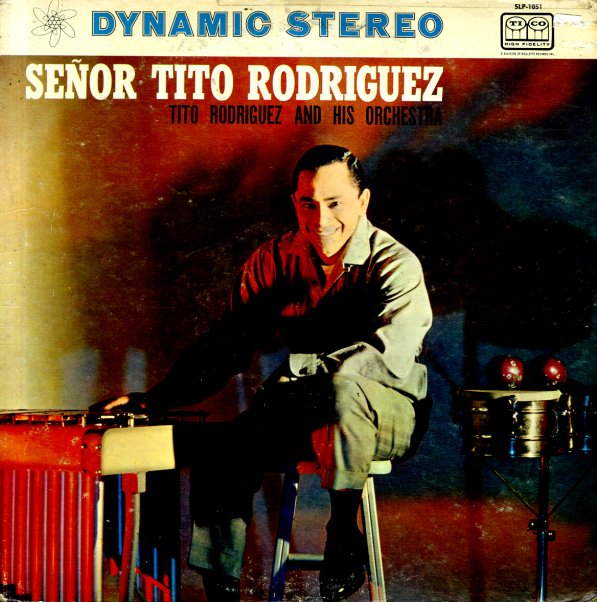 An excellent little set from Tito – recorded in the late 50s for Tico, with a groove that's harder than much of his 60s work for United Artists! The lineup includes some nice jazzy vibes work on a few tracks – and the album includes the great percussive track "Suena Tu Bongo (Beat Your Bongo)", plus other nice ones like "Ritmo y Melodia", "Tom & Jerry", and "Asi Na Ma".  © 1996-2022, Dusty Groove, Inc.
(Mono black label pressing with deep groove. Cover has some wear and aging, sticker remnants in front, and clear tape neatly holding the seams and spine.)

Charanga Pachanga
United Artists, 1961. Very Good+
LP...$16.99
Tito gets in on the Charanga craze of the early 60s – and like everything he does, the album's handled strongly, although perhaps not at the top level of its field. Back cover has dance steps illustrated – and tracks include "El Panuelo", "El Latigo", "Oiganlo&q ... LP, Vinyl record album

Live At Birdland
United Artists, 1961. Near Mint-
LP...$13.99
A fantastic record that's truly one of Tito Rodriguez's best from the 60s – a very jazzy affair, and one that breaks the pattern of most of his other albums of the time! As the title implies, Tito's working here live at Birdland nightclub – with a jazz-based lineup to match the setting ... LP, Vinyl record album

En Escenario
Musicor, Mid 60s. Near Mint-
LP...$11.99
Heartfelt work from Tito Rodriguez – some of the warmer material that made him such a huge vocal hit in the 60s! Titles include "La Casa", "La Mentira", "Mio", "En Tu Memoria", and "Theme From Black Orpheus". LP, Vinyl record album

Tito Rodriguez & His Orchestra In Puerto Azul, Venezuela
United Artists, 1963. Very Good-
LP...$7.99
One of the many famous sessions in which Tito's successful 60s group was transported to various points in the South and Central American Latin touring circuit. The sound is very classic, with tight playing by Tito's best group – and nice tracks like "Charanga Con Bossa Nova", " ... LP, Vinyl record album