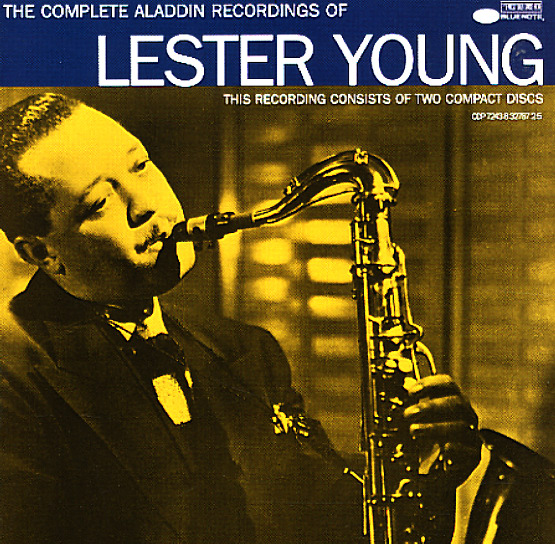 A great 2CD set – one that contains every track Lester recorded for Aladdin – including the rare 1942 trio session with Nat Cole and a 1946 date Helen Humes.  © 1996-2022, Dusty Groove, Inc.
(Out of print, promotional stamp on CD and sticker on booklet cover.)