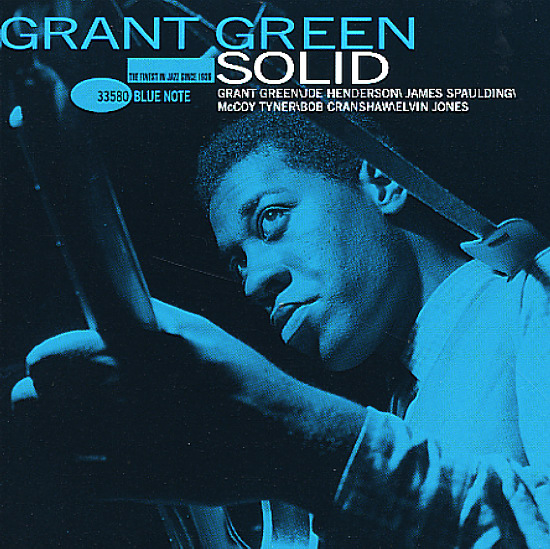 An excellent set by Grant Green – recorded in 1964, but not issued until close to 1980, when Blue Note first pulled it out of the vaults, and dropped it on the world! The session's a great one – with an unusual lineup that features Green's guitar in a sextet, with McCoy Tyner on piano, James Spaulding on alto, Joe Henderson on tenor, Bob Cranshaw on bass, and Elvin Jones on drums – a really wonderful group who help bring something different to the proceedings – helping showcase the great change in Green's second chapter for Blue Note. The album's got a mix of modal grooving and piano-driven hardbop – with a harder groove than some of Green's other non-organ sides for Blue Note. Titles include "Solid", "Minor League", "Ezz Thetic", "Grant's Tune" and "The Kicker". CD also features the bonus track "Wives And Lovers".  © 1996-2023, Dusty Groove, Inc.
(1995 Connoisseur pressing.)

Idle Moments (with bonus tracks)
Blue Note, 1963. Used
CD...$5.99
A warmly melodic session from Blue Note's greatest guitarist! The sound of the set's as evocative as the title – an idle moment of space between the notes, explored by Green's tight single-note work on guitar – and wonderfully supported by a lineup that includes Joe Henderson on tenor, ... CD