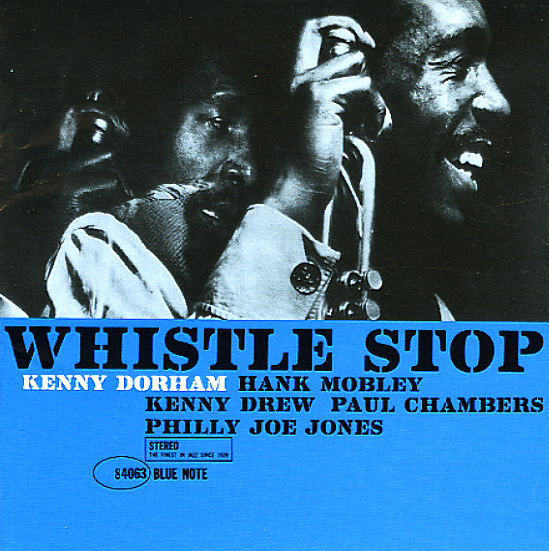 Maybe one of the greatest albums ever from trumpeter Kenny Dorham – a set that has him really stretching out as a musician – not just showing off that impeccable sense of tone that marked his important records of the 50s, but also coming up with new ways of phrasing, and a sometimes-unique approach to rhythm as well! The set's about as all-star as you can get for a Blue Note date of the time – and that's really saying a lot – with the mighty Hank Mobley on tenor, whose work here is as important as Dorham's – and the rock-solid rhythm trio of Kenny Drew on piano, Paul Chambers on bass, and Philly Joe Jones on drums – who perfectly echo Kenny's new sense of changes in his music. Titles include the great "Sunrise In Mexico" – a very unique tune – plus "Buffalo", "Sunset", "Windmill", "Philly Twist", and "Dorham's Epitaph".  © 1996-2022, Dusty Groove, Inc.
(Out of print.)

Una Mas (RVG remaster edition)
Blue Note, 1963. Used
CD...$6.99
An excellent groover from Kenny Dorham – possibly one of his best ever albums for Blue Note – a record that shows how much he was pushing past his bop roots in his later years! The tracks are extremely long, and done with a complexity in rhythms that mixes Latin elements with hardbop ... CD

West 42nd Street (aka Ease It – Introducing The Rocky Boyd Quintet)
Jazztime/Black Lion, 1961. Used
CD...$14.99
A Kenny Dorham-billed version of the only full album ever issued by tenor player Rocky Boyd – but a set so great, it's definitely made a name for him over the years! Boyd's got a wonderful tone on the set – sharp and soulful, with an approach to the tenor that almost reminds us of ... CD

Genius Of Modern Music Vol 1 (Non-RVG remastered edition)
Blue Note, Early 50s. Used
CD...$1.99
A great collection of Monk's 10" recordings for Blue Note – seminal not only for the label's commitment to a modernist bop ideal, but also for Monk's integration in the growing collection of top-level jazz players on the New York scene. The work's notable also for the fact that Monk's ... CD

Blue Note Live At The Roxy 2
Blue Note (Japan), 1976. Used
CD...$9.99
An overlooked gem from Blue Note – a special live performance that brings together some of the label's funkiest and most soulful artists of the 70s! The set's somewhat unusual for Blue Note at the time – especially given the label's increasingly studio-driven approach to jazz, with ... CD