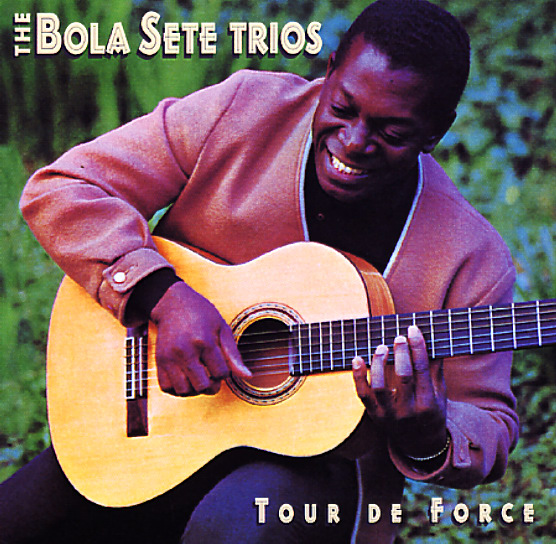 Brazilian guitar genius galore – 2 rare Fantasy albums from guitarist Bola Sete! First up is Bossa Nova – a date that was issued in the 60s with a title to cash in on the growing bossa craze in the US – and which stands as one of Sete's best for Fantasy Records! The sound is very much in keeping with some of the guitar-driven bossa of the time – work by Luiz Bonfa or Charlie Byrd, particularly in the way that Sete's spare acoustic guitar is mixed in with some lively percussion, plus bass from Ben Tucker and drums from Dave Bailey. Those two players really help the album find a nice little groove – and the whole thing dances along nicely, with tracks that include "Wagging Along", "Ash Wednesday", "Samba In The Perrotaoquei", "Brazilian Bossa Galore", "Without You", "My Different World", "Sweet Thing", and "Dilemma". Tour De Force offers a great range of different modes from guitarist Bola Sete – not just bossa-styled groovers, but other tunes that show a deeper, more introspective side of his talents! Bola's not afraid to break away from familiar, mainstream modes here – and given the early 60s date of the record, his sensitivity on quieter numbers is quite groundbreaking – a bit more like work from other players that wouldn't show up until later in the decade. Rhythm is by Fred Schrieber on bass and John Rae on drums, but there's also some moments that are more heavily oriented towards Bola's solo guitar. Titles include "Tour De Force", "Bouree", "A Noite Do Meu Bem", "Samba De Orpheus", "Moon River", and "Asturias".  © 1996-2021, Dusty Groove, Inc.