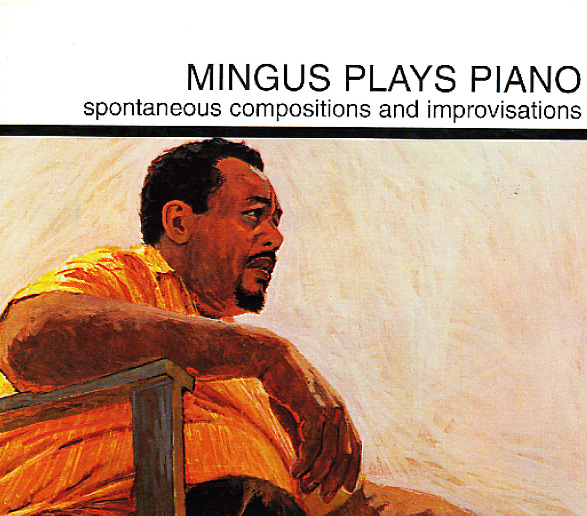 A surprisingly enchanting album of piano work from Charles Mingus – one of a few he cut on the instrument, and quite different than his regular work on bass! Unlike the bold, angry role that Mingus would take on as a leader, the approach here is very personal and introspective – long "spontaneous compositions" that are improvised over the course of the solo session, but still with a mix of complexity that shows all his previous talents in place, but in a completely different way. The vibe is even different than Charles' previous piano album on Atlantic – Oh Yeah – and the addition of a few evergreens as vehicles for similar sorts of improvisation also ties the record back to older jazz history as well. Wonderful all the way through, even if very different than any other Mingus album you can own – and with titles that include "Roland Kirk's Message", "She's Just Miss Popular Hybrid", "Meditations For Moses", and "Old Portrait".  © 1996-2021, Dusty Groove, Inc.
(Out of print.)

Chain Reaction
Blue Thumb/MCA, 1975. Used
CD...$7.99
On this one, the Crusaders definitely crossed from jazz into funk – but who cares, because the album's so darn great! The disc's got a tight LA groove, with some excellent electric keyboards, sweet sax solos, and tight drumming throughout. True proof that sometimes a lot of money can be put ... CD