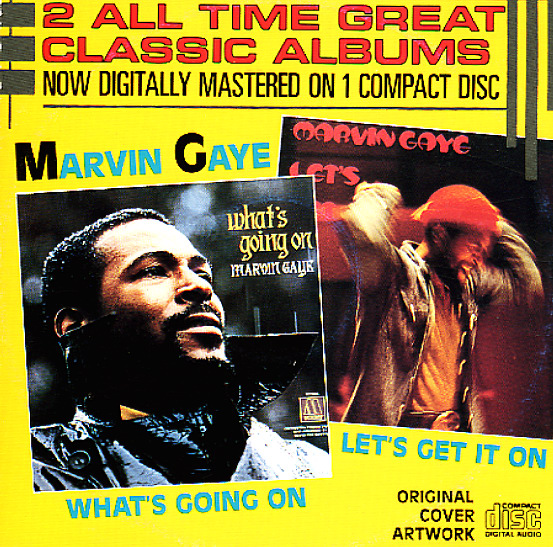 What's Going On/Let's Get It On

Everybody Wanna Live On
Hot Buttered Soul/Stax (UK), 1975. Used
CD...$8.99 (CD...$11.99)
Fantastic mid 70s sounds from The Masqueraders! Everybody Wanna Live On may very well be the best album ever by this sweet southern vocal group – produced and arranged by Isaac Hayes, who'd always had a big hand in the group's sound. The record's got a style that reminds us of mid 70s ... CD

Original Blues/Risque Blues – My Ding A Ling
King, Late 40s/Early 50s. Used
CD...$4.99
Raw, raunchy sounds – all pulled together from a time before soul and rock even existed! Most of the work here is from the classic catalog of King Records – a killer imprint in the postwar R&B market, and a company who wasn't afraid to do what it took to make a knockout record! In ... CD